SIDE BY SIDE WITH AFGHAN PEOPLE 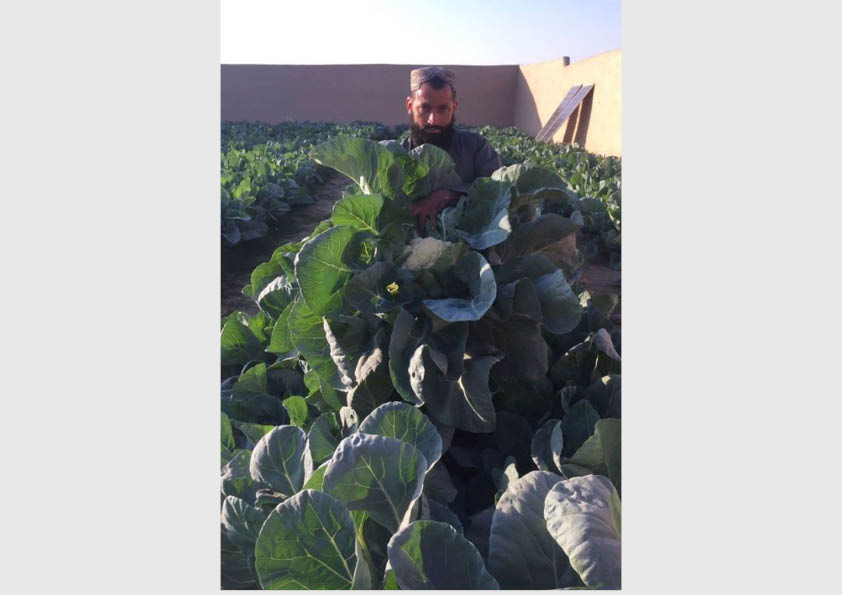 Afghanistan had the highest rate of opium poppy cultivation in the world for two decades. The 2022 opium crop in Afghanistan, unfortunately, is the most profitable in years with cultivation up by nearly one-third and prices soaring, even as the country is gripped by cascading humanitarian and economic crisis, according to a new research brief from the United Nations Office on Drugs and Crime (UNODC)

According to UNODC findings, opium cultivation in Afghanistan, unfortunately, increased by 32 percent over the previous year to 233,000 hectares – making the 2022 crop the third largest area under cultivation since monitoring began. Cultivation continued to be concentrated in the southwestern parts of the country, which accounted for 73 percent of the total area and saw the largest crop increases. In Helmand province, one-fifth of arable land was dedicated to opium poppy.

In order to promote licit livelihoods, DACAAR with support from UNODC has been implementing a alternative livelihoods project in Helmand provinces in southern in Afghanistan. Since March 2022. The project enables farmers to engage in a variety of licit livelihood activities including vegetable and cereal crop farming, poultry farming and livestock farming activities.

Gul Agha, 30 year old was supported with cultivation of cauliflower. He is a poor farmer living in Lashkerbazar Village of Lashkargah center of Helmand province.  He is the head of his household.

“I am married and I have two daughters, before DACAAR came to our village I have been busy in vegetable cultivation but I was not familiar with certified seeds of Cauliflower, Spinach, White Radish, and Turnip  Since most farmers in Helmand

“Although cultivating poppy is more profitable, many farmers are now interested in cultivating vegetables and crops, thanks to the awareness created by the DACAAR staff in the province.” He further added.

By participating in the project, Gul Agha has learned many new skills to help him correctly  cultivate vegetables.

“I have learned how to cultivate the seed in line system for Vegetable Farming, how to protect the plant from diseases, pests, weeds, and better ways of harvesting, storage, and marketing,  in addition,

I have learned how to prepare natural pesticides”.

Gul Agha seems very happy with the increase in his crops, he adds that he is now able to make a bigger income from selling his produce.

Other farmers in the province have suggested to DACAAR to cover more villages with the project, distribute more certified vegetable seeds as well as wheat, and maize seeds, and to provide more training and equipment for the farmers.

DACAAR will continue to provide livelihood opportunities to farming families so they can produce food for themselves and earn money from selling excess produce. Raising awareness about the dangers of poppy cultivation will be key in motivating farmers to return to licit farm production.